The Inaugural Arkansas Backyard Ultra Championship will take place at the Historic Big Springs Park in Cotter, Arkansas. The flat & scenic out-and-back route follows an old railroad bed along the White River and there’s a Natural Spring to re-invigorate your beaten body after the race. Warm food will be provided every 6 hours and a menu will be announced prior to the event so you know what to expect. There will also be water and electrolyte coolers available throughout the race at the starting area but all other energy/food support is provided by the runner. Each runner will have room for a chair and small bag/cooler by the corral. Runner spots by the corral are not first come, first serve and will be creatively handed out the night before the race at the pasta dinner and packet pickup. Once a runner times out, or decides they will not continue, they will ceremoniously bang the massive gong announcing they’re done and remove their chair and belongings from the starting corral area; allowing other runners to move closer.

The beauty of the backyard format is that it ‘smooths’ the advantages that age, gender, and speed oftentimes play in running events and rewards to a higher degree the runner with mental toughness and grit. There will be ONE winner; everyone else gets the gong and DNF.

Let’s get Arkansas on the Backyard map as a competitive destination race by putting up some big miles. As Laz often says, “It only takes two to tango”

​Every registered runner will receive a commemorative ABUC soft cotton t-shirt, pint glass, pasta dinner, post-race beer, and the opportunity to be stoopid and amazing.

The goal of this event is to become the official Arkansas Qualifier for Big’s Backyard Ultra (organized by Lazarus Lake of Barkley Marathons fame). 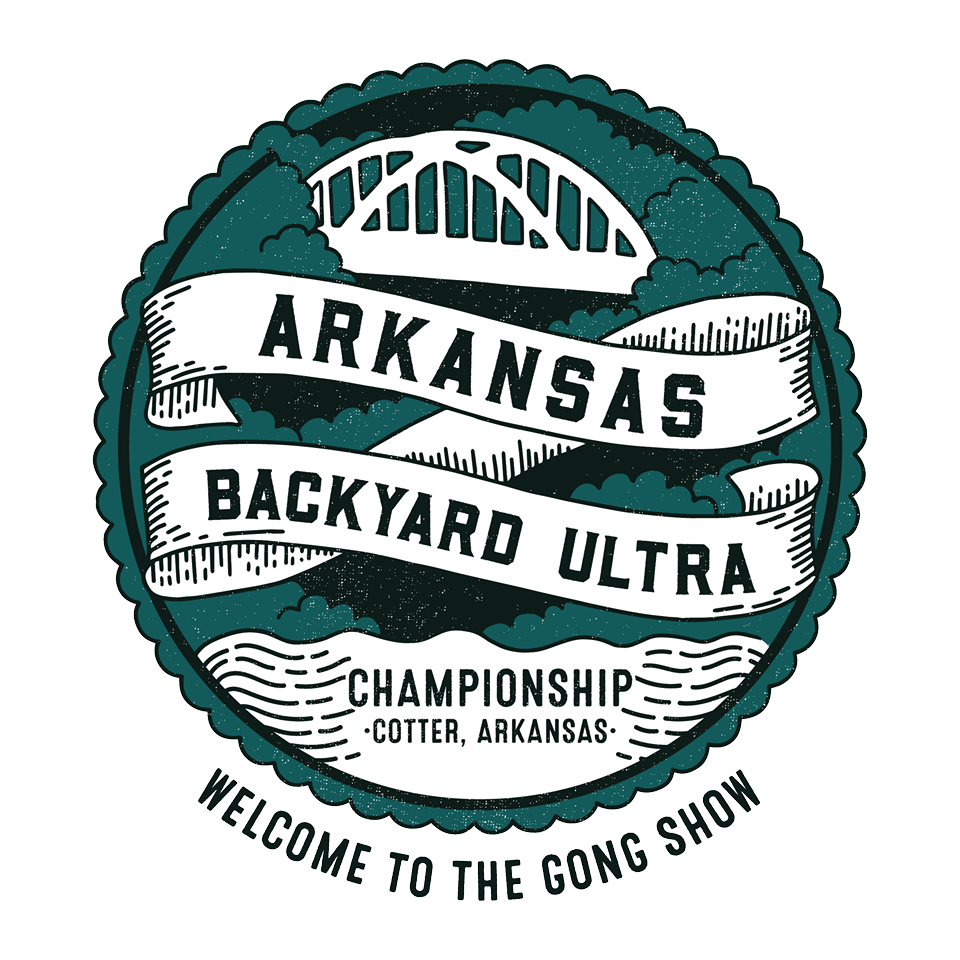