The latest edition to the Backyard Ultra collective in Australia. And we are pretty excited to announce the first collaboration between the creators of the world’s biggest backyard ultras in Ultra Series & Dead Cow Gully Events to bring you Tasmania’s Own Devil’s Lair Frontyard Ultra. Smack bang in the suburbs of Hobart.

A Frontyard Ultra is just a clever play on words of a backyard ultra format event, but right in the heart of the suburbs, rather than out in the bush. Hence the title of a frontyard ultra. An incredibly exciting and spectator friendly ultra marathon, where runners come together every hour on the hour to set off on another lap.
.

And the laps equate to 6.71k. That’s 6.71k on the hour, every hour through the trails and paths of Peter Murrell Reserve. Runners keep running until they tap out or get timed out, until there is one runner standing. The race goes for just ‘one more lap’ longer than the assist (the second last runner), for a winner to be crowned. 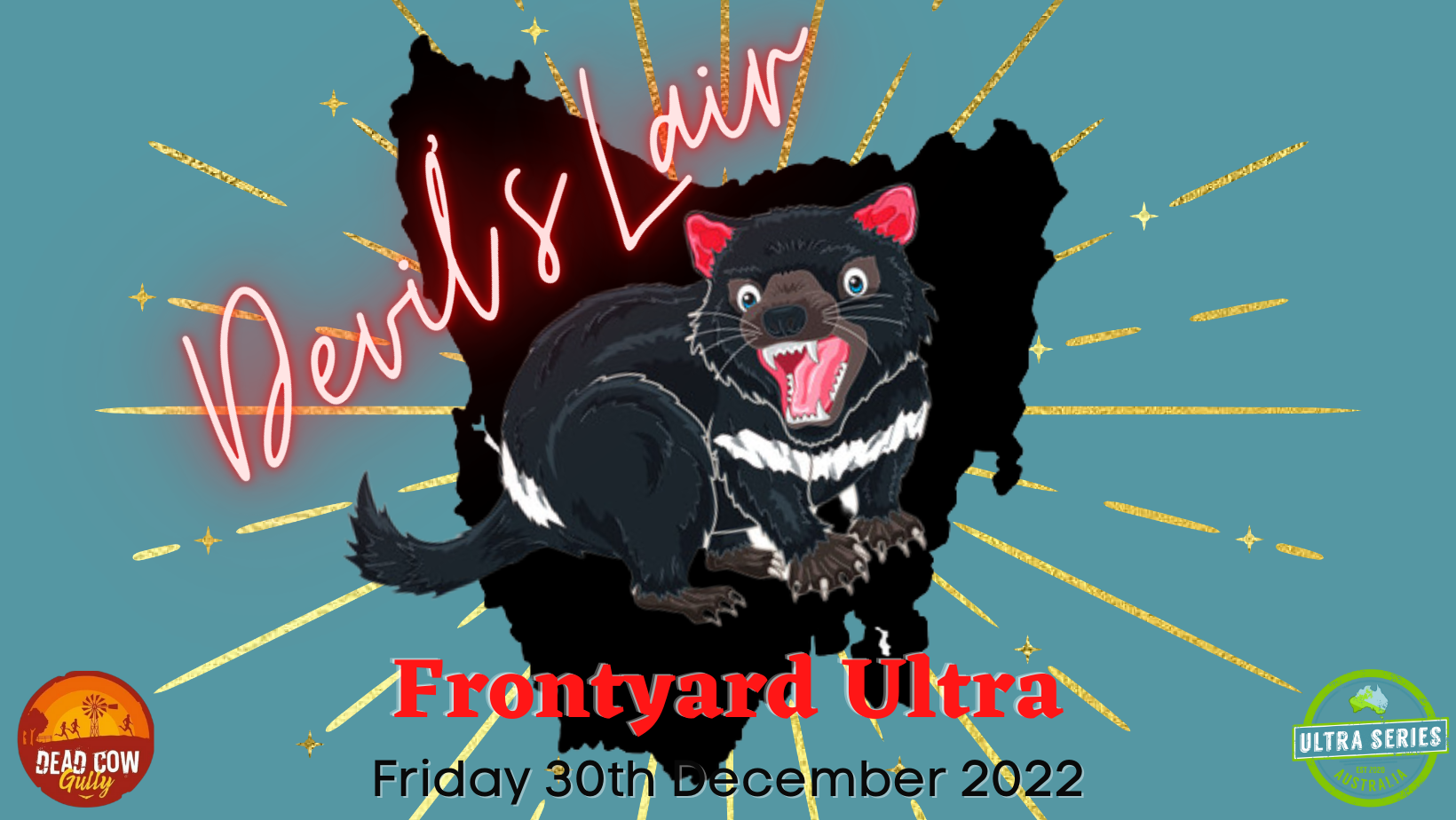